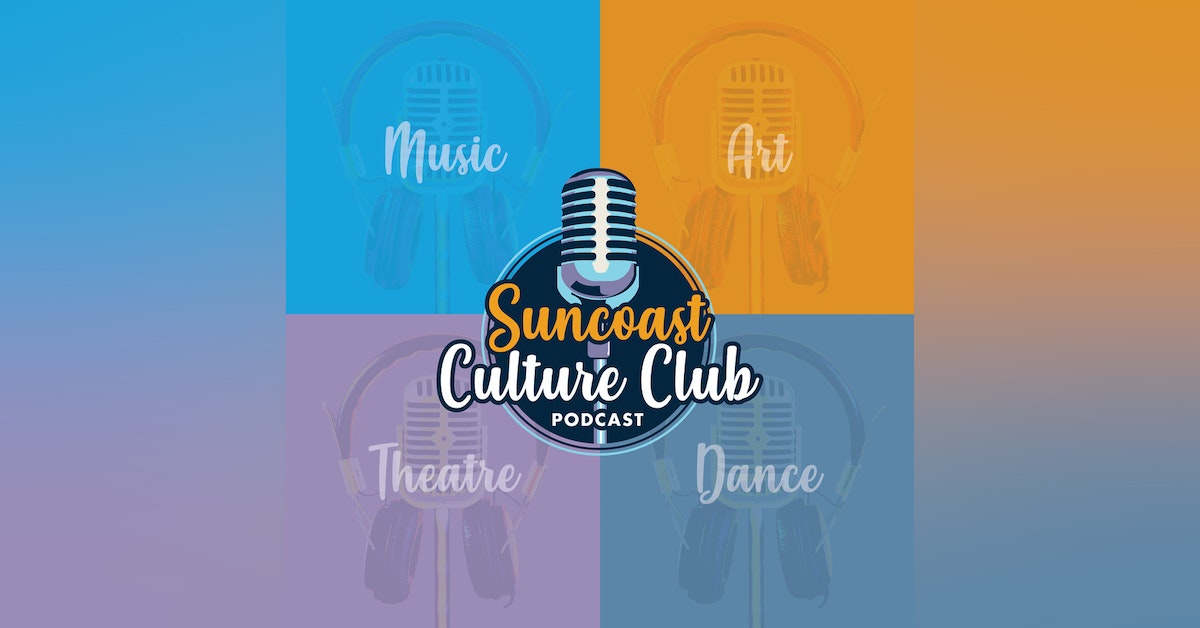 The Suncoast Culture Club podcast is your weekly dose of what’s happening in the performing and visual arts on Florida’s Suncoast, including interviews, reviews, discussions, behind the scene tidbits, and insider trading.

Join State College of Florida arts faculty members as they bring you all the arts happenings on the Suncoast from music to dance to art to theatre.

Come along and join our club. 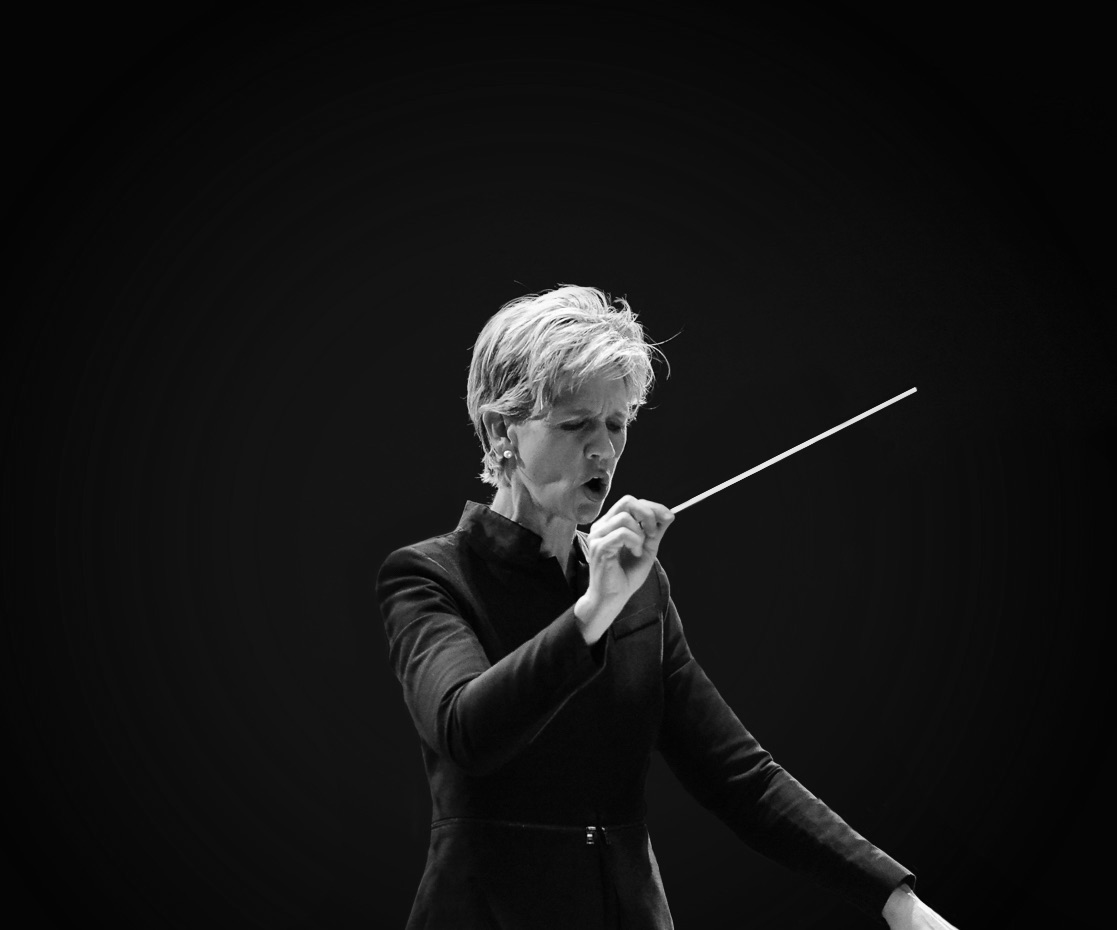 Dr. Robyn Bell has been the conductor and artistic director of the Pops Orchestra of Bradenton and Sarasota since 2011 where she is known for her innovative thematic programming and informative, witty, and entertaining audience talks. From Rhapsody in Blue to Carmina Burana, Brahms to Bernstein, Williams to Sondheim, Robyn leads the Pops Orchestra with her dynamic personality, musical presence, and precise baton technique. She is versed in both orchestral repertoire and concert band literature, having served the State College of Florida as the Director of Instrumental Studies from 2009 to 2022. In that role, Robyn counts among her proudest achievements the establishment of the Music Excellence Sponsorship Fund, which provides full scholarships and mentorship opportunities to the music students in the SCF Presidential String Quartet and SCF Presidential Jazz Combo; the SCF Bradenton Symphony Orchestra, a combination of college students, community members, and music educators, that perform four classical style symphony concerts a year; and the Suncoast Culture Club Podcast, an outreach initiative that, through the pandemic, kept the State College of Florida music, theatre, and art students and faculty members connected to the area’s arts people and organizations and helped raise money for SCF’s arts education programs.

In addition, Robyn worked alongside the State College of Florida Foundation to raise money for music student scholarships, the many ensembles the SCF Music Program operates, the completion of the $7 million Studio for the Performing Arts, and a $1 million unrestricted anonymous donation to the Music Program to “make it the best music program on the west coast of Florida.” 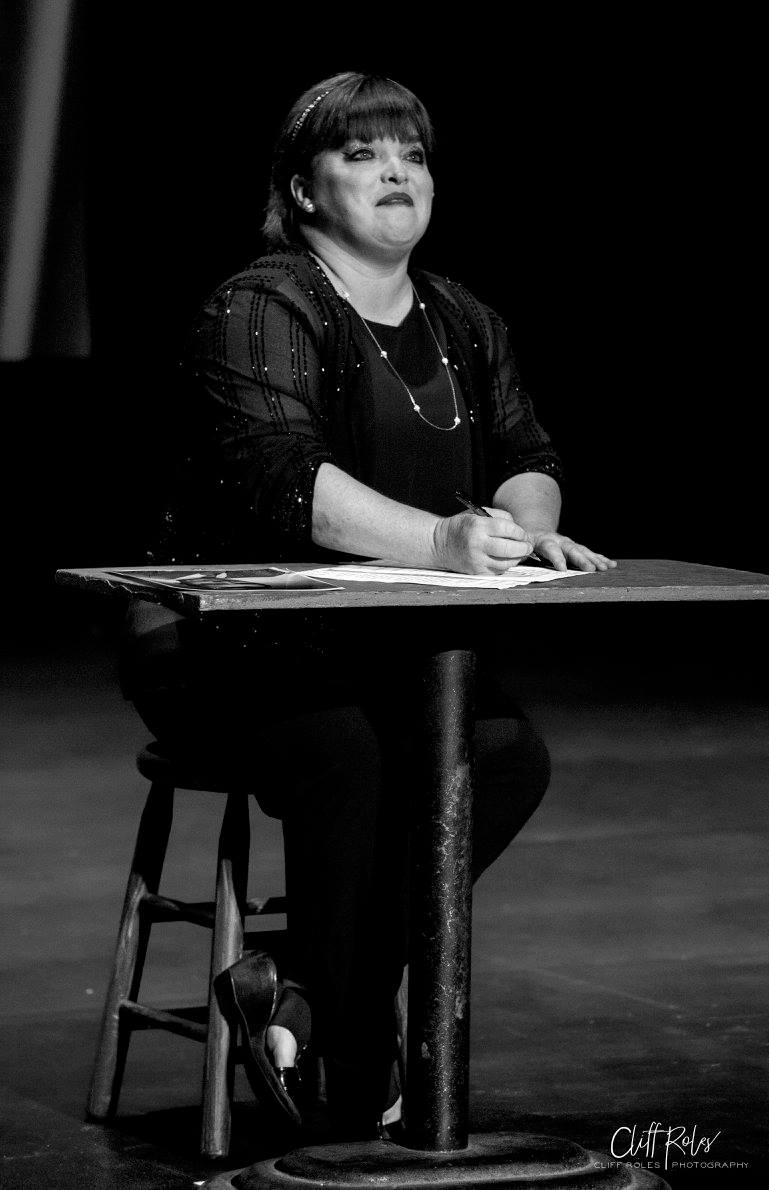 Kelly Burnette has traveled to 47 states and 13 countries in her professional career. She has a BFA and MFA in Modern Dance from the University of Oklahoma, and was the National Dance Association's 2007 National K-12 Dance Educator of the Year. Kelly helped to found the Manatee School for the Arts Dance Department in 1998 and is the Dance Department Chair at MSA.  She appeared as the "cover girl" of the April 2008 issue of DANCE TEACHER Magazine.  Kelly teaches dance classes at the State College of Florida and choreographs for the SCF Musical Theatre Ensemble productions.  She is an "Equity" actress and her work as a director/choreographer can be seen often on stages in the Sarasota and Bradenton area. 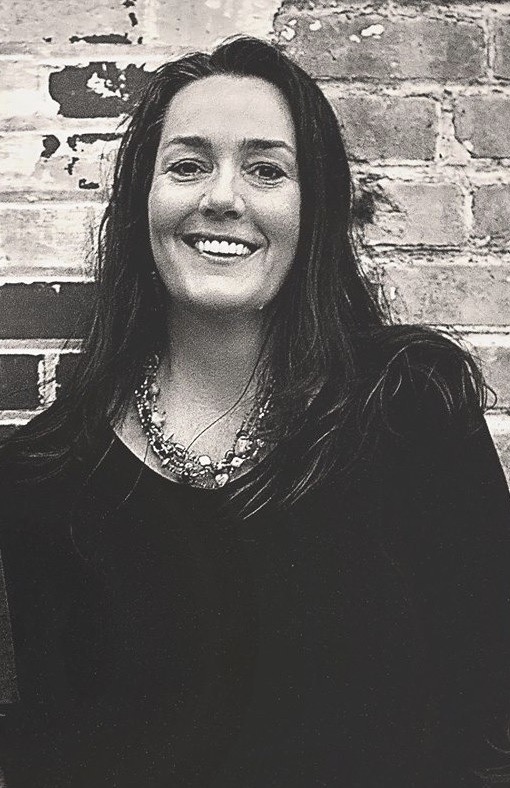 Katherine Kearney Bzura is the Art Gallery Director and an Assistant Professor in Art, Design, and Humanities at the State College of Florida. She is a dynamic leader and storyteller who is constantly seeking opportunities for creative solutions to introduce art and visual thinking constructively into the steam and currency of life. At SCF, she teaches courses in art appreciation and art history while leading development efforts to enrich face-to-face and online art history course offerings as part of an innovative and dynamic fine art department at the college. She also serves at the faculty advisor to the SCF Museum Club and as the department ambassador for the Avenues des Artistes annual SCF Foundation fundraiser.

Prior to coming to SCF, Katherine owned Kama Art Gallery in Ybor City where she was the winner of Weekly Planet's "Best of the Bay 2005" Best New Gallery Critic's Choice Award. She also served as Vice-President for Aerial Innovations, an all-woman owned photography company specialing in ariel and stock photography. She has a Master's Degree in Art History and Criticism from the Universiy of South Florida. 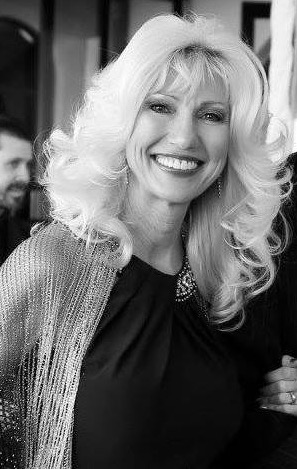 Melodie Dickerson, soprano, is Director of Choral and Vocal Studies at State College of Florida where she conducts the Concert Choir, Chamber Choir, and Music Theatre Ensemble while also teaching private voice and courses in music theory. At SCF, she has directed productions of The Boyfriend, Amahl and the Night Visitors, The Gondoliers, Jesus Christ Superstar, Grease, Bye Bye Birdie, Oklahoma, West Side Story, and many more. She also co-wrote and directed the 2007 premiere of a new musical titled, In Ybor City.

Locally, she has appeared as a soloist with the Northport Symphony, Anna Maria Island Concert Chorus and Orchestra, and Venice Symphony as well as performing in numerous music series concerts. Prior to coming to SCF in 2004, Melodie taught classes and served as Choir Director and Drama Advisor at Mount Ida College in Newton, Massachusetts. Additionally, she was the director of the 75 voice Medfield Community Chorus as well as the Director of Music at Millis Church of Christ, U.C.C. She also maintained a full private voice studio and created Enchanted Evenings, which provided musical entertainment for a variety of corporate and private events in the Boston area.

Melodie holds a Master's degree in Music from Southwestern Baptist Theological Seminary in Fort Worth, Texas and a Bachelor's degree in Music from Samford University in Birmingham, Alabama. She is an active member of the National Association of Teachers of Singing, serving as the President of Tampa Bay NATS, American Chorus Directors Association, Music Teachers National Association, and Actors' Equity Association and has won the NISOD Award from the State College of Florida. 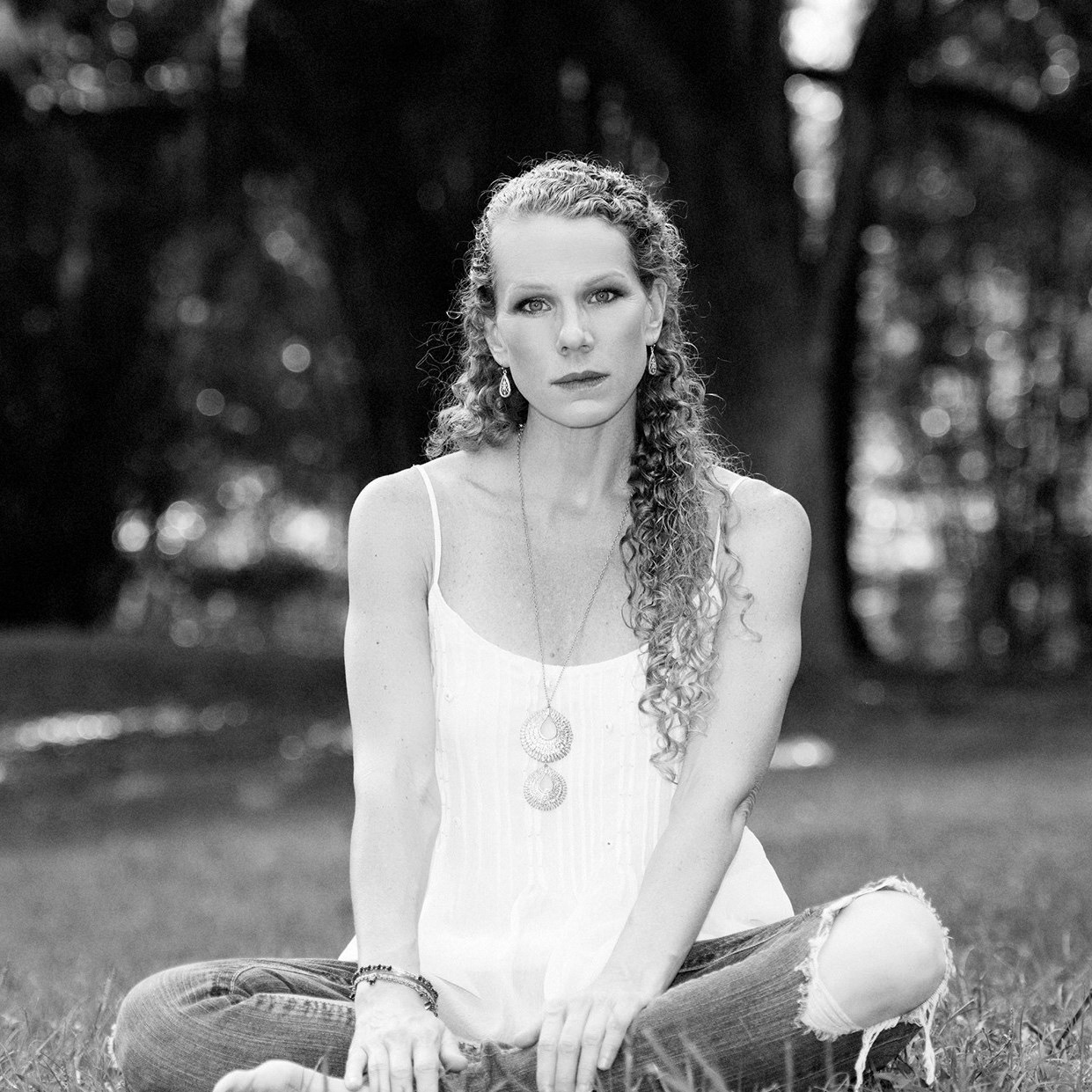 Amanda Schlachter is an Assistant Professor of Theatre at the State College of Florida where she directs two shows per year, tteaches Theatre Appreciation, Acting I & II, Voice & Diction, and Movement for the Actor. Directing credits with SCF Theatre include: Significant Other, The Harvest, Make Believe, Bob: A Life in Five Acts, The Laramie Project, Gaslight, Anatomy of Grey, 4AM& Selfie, Five Women Wearing the Same Dress and All for One.

Other directing credits include The Out-of-Door Academy, Reflections Theatre Ensemble's Songs for a New World,  two seasons with Kaleidoscope (Picture This & Unwritten) a partnership with Asolo Rep and Community Haven for Adults and Children with Disabilities; The gg Monologues; Sarasota Actors' Workshop and Assistant Director for The Source Theatre (I Want to Know),  Event Coordinator with the National Tour of The Day I Opened My Eyes, The Players Theatre (Burn This, A Midsummer Night’s Dream, Flapper, Wonderland, Music Man, Best Beware My Sting, Toy Camp and multiple original showcases) Amanda has also worked with American Stage, Sarasota Community School, The Sarasota Film Festival and Girl Scouts of America. As an actor, Amanda has performed with such companies at The Orlando Shakespeare Theatre, Westcoast Black Theatre Troupe and The Gorilla Theatre.